This is the day of the year when all our thoughts turn to the sacrifices, the suffering, the pain and the downright obscenity of war.

Ironically, the idea of a formalised “Remembrance” was born out of the “never again” attitude of the general population after the First World War, that “war to end wars” which was nothing of the sort. 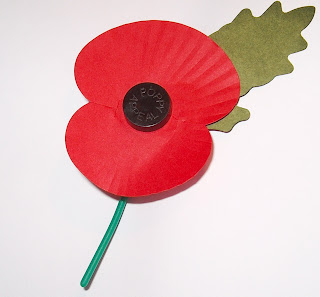 As the years have rolled by, the idea of Remembrance at this time in November became more and more detached in the public eye from reality, an abstract remembrance of a conflict long ago which many of us were lucky not to have experienced and for which we were thankful.

Occasionally, man’s inhumanity to man surfaced, with conflicts in and the ; but generally we assumed that the era of conventional warfare was drawing to a close. With the end of the Cold War (and did I really watch the Berlin wall come down on a German TV report in Hildesheim 20 years ago this month?) world peace seemed assured.

How wrong we were. Incredibly, today we find ourselves witnessing bodies being flown back from with relentless regularity and – perhaps less publicly – a stream of servicemen (and women) injured, sometimes horribly and for whom their life will be changed for ever. These people, whose commitment and bravery exceeds anything I have inside me, give their all for a struggle which is not even fully understood or supported back home, making their lives even more difficult. It is they and the families of those lost that most need the ongoing work of the wonderful Royal British Legion, work concerned at least as much with the welfare of the living and the honour of the dead.

Every year the Legion exhorts us to “Wear Your Poppy With Pride”. I always have done; but this year that pride is both real and abiding.